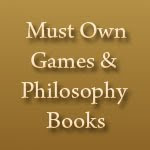 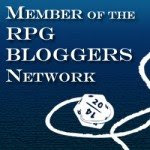 Email ThisBlogThis!Share to TwitterShare to FacebookShare to Pinterest
Labels: GMing

Good post. Hmm... this may seem creepy because you seem to have just posted this. But I didn't know you were writing in here again! Just happened to see this. Anyway, thanks for providing an eye into the GM's mind.

A subject that strikes a chord given the investigative nature of the adventure I'm currently running. It's amazing how players almost willfully ignore clues and leads that you've tried your damndest to emphasise the importance of, short of putting up a big signpost saying 'This Way', or 'The Perp Lives Here'.

One particular problem that seems to crop up is the continuity break between sessions. People forget important details from one week to the next. It helps to do a quick recap at the beginning of the session to refresh people's memories - this is also an opportunity for you to re-emphasise the important details of the previous session.

(Though if your players are like mine, one or more of them will have fixated on something entirely irrelevant in the previous session, they'll not catch the big hint that you haven't mentioned it at all in your recap and they'll dredge it back up start banging on about it all over again.....*sigh*)

A good treatise on the subject that I've found is here.

amazingtomatoes, yes that was quite creepy. But yes, I'm writing on here again since I've been gaming, running, and reading stuff on gaming recently. Unfortunately I try to do too many writing projects at once and it becomes impossible to keep up on all of them. I really wish I could split into multiple people so I could finish House of Many Worlds and Liar's Autobiography.

Lurkinggherkin, you raise another common and frustrating problem: forgetting information between sessions. And you're right, it does help to do a quick recap. Often I give xp bonses for players remembering details from the last session at the beginning of the next. The problem with this however, which it seems you avoid, is that when you emphasis details yourself you can leave out all the false-starts, and deadends in hopes players won't go back down those routes in the current session.

In cases where players latch onto something and it's irrelevant to what I'd planned AND I don't think it'd be a fun route to go down for its own sake I just explicitly tell the players this. I didn't use to do this, but I find it saves time and frustration for all involved.

anonymous, good link. I recently picked up Trail of Cthulhu, and love Ken Hite's info on Lovecraft Mythos, but am unsure of the gumshoe system. This looks like a great criticism.

I've tried doing an investigation-like game a few months ago... the players surprised me by finding their answers through a completely unexpected path.

Sometimes, I wonder if I shouldn't just create a bunch of clues without a solution - the players are often creative enough to come up with the rest :)

Eric,
I've cheated a few times and changed details to mysteries based on what players have thought up. Other than a once or twice when I didn't think this through and some continuity errors resulted I think this worked out for the best: the story became cooler in a way that I didn't expect and the player's solution put the group on the right path.

@Jack:
It's interesting that you mention it as 'cheating'... I'd call it "subtly sharing narrative control".

I'm actually giving this concept a lot of thought lately.

I'm currently forcing myself to use my players' expectations rather directly (a bunch of 10 year-olds that are new to the hobby).

The DMG mentions this idea somewhere, as well as ChattyDM - he's using it as the basis of his role playing games with his kids.

I think it can result in creating very engaging games - not only do the characters affect the world, but the players as well.

I hope to be able to explore it with my friends if they agree allow me to replace our regular DM once in a while :)

Every time the players infer something incorrectly, I just assume they were right all along!

Eric,
I meant the word "cheating" in a factitious way, however that doesn't come across at all in print, or at least in the way I wrote it. I like your term "subtly sharing narrative control". Really, if someone in the group comes up with a great idea of how the story could go that you didn't expect, might as well go with it.

vampir,
I like your comment because it makes me think of, "the customer is always right," which really isn't a bad attitude to have if you're trying to make sure everyone's having a fun time.